Australia, the largest country in Oceania, has quickly become one of the favorite places to pursue higher studies. It has been estimated by the International Education Advisory Board that by 2020 there will be an increase of 30% in the number of international students in Australia. The most probable reasons to study in Australia of this could be the high standard of education imparted by renowned educational institutions such as RMIT University, UTS, Melbourne University, Macquarie University, etc.

Along with this, the multicultural environment sloppy way of living also attracts students from across the globe. There are so many undeniable facts that prove why Australia is becoming an educational hub for international students. However, the point that cannot be ignored is the thing that Australia is considered to be having, by far, a few of the world’s most expensive cities, such as Sydney, to live for International Students.

But not to worry, here we have a list of 5 towns in Australia that are Pocket-friendly. Let’s go through it one by one and the reason why students need to move to Australia.

If an international student is willing to look beyond the list of fascinated cities, which includes cities like Sydney and Melbourne, then he might find places that are quite affordable.

One of the cities that top the list of economic cities of Australia is the Gold Coast. You can enjoy as well as study at the same time.

Gold Coast has no shortage of places for enjoyment like restaurants, bars, beaches, cafes, and it is full of natural attractions. The most important thing is that the Gold Coast is known for its quality of education and the right place to get your life in Australia over time.

International Students who have deep desires to live in the most lavish cities of Australia but cannot because they cannot afford the expenses. For such Students, Wollongong is the best option because of its close proximity to Sydney approx. 80kms.

Wollongong is one of the lively places around the world. Its beautiful beaches and the city center are the centers of attraction.

Hobart is one of the cheapest places to live in for International university students. Hobart is the capital of the second oldest state in Australia, Tasmania.

Well, Hobart is specifically an excellent place for students who want to only concentrates on his studies. This place is far from any distraction, and its natural beauty is of great help for students to focus.

Of all the cities in Australia, Adelaide is considered to be the cheapest city to live irrespective of the whole added fact whether you are an Australian or a foreigner.

Adelaide is considered to be the food and wine capital of Australia.

Adelaide has a unique layout and is full of green atmosphere, beautiful beaches, and scenic beauty. Living cost in Adelaide is quite affordable for International Students. Also, you get essential commodities of life in Adelaide at a very pocket-friendly price.

Brisbane is liked by many of the International Students because of the affordability factor. It has a lot of things that attract the students, and its pleasant subtropical climate and a wide range of entertainment things are quite a few things that top among the list.

Choosing the one which fits your lifestyle

This was the list of the five most affordable city in Australia to live in for International students. However, there are several other cities, but these five ranks top among the list.

These 5 cities are chosen since they have an easy way to migrate to Australia. 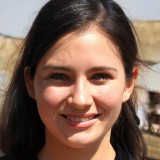